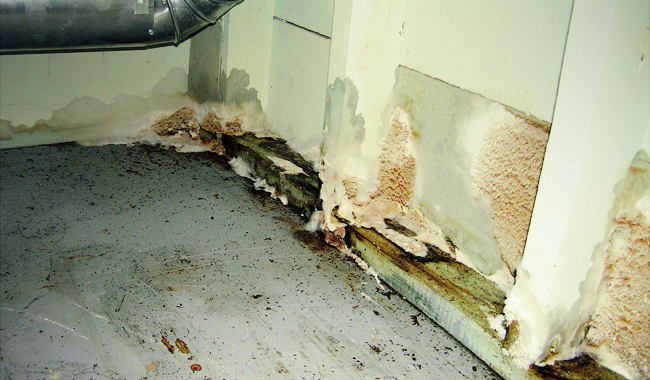 Getting rid of Mould.

Bio-Logix Environmental provide a range of services for the elimination of mould contamination in both commercial and domestic properties.

Our service will pinpoint the source of the damp that is  causing the mould. We will then help you get rid of mould

How to get rid of Mould on Walls

Mould can appear on both dry or painted walls. All it needs is some moisture to keep reappearing. Thus paining or cleaning over it will not remove the problem.
We will show you how to get rid of mould on walls

There are many different types of mould but only 23 have been classified as causing health concerns for humans.

The service consists of an initial site visit to ascertain the cause and impact of the mould growth, intrusive site investigation to determine the source of the malodours and to allow formulation of remedial plan, implementation of the remediation strategy to eliminate the source of the odour and prevent recurrence and final validation of the remediation works through mould spore count and IAQ procedures.

Our initial mould removal site assessment is carried out Free of Charge across the Republic of Ireland and our 24hour service can be accessed on tel:086 807 5544